"My life seems to be veering off somewhere… Do you know how long its been since I've played anything?!" Paramount Pictures has revealed an official trailer for a dramedy titled The Space Between, marking the feature directorial debut of producer Rachel Winter. Kelsey Grammer stars as an aging, gone-mad rock musician named Micky Adams in this "inspiring coming of age story," set during the iconic '90s LA music scene. The story focuses on a young man making his way in the music business who befriends Micky when he's sent to force him out of his contract. An interesting concept that seems lost in the 90s, but here is it is anyway getting a release in 2021. Also starring Jackson White, Julia Goldani Telles, Paris Jackson, Andy Daly, with William Fichtner – who looks like he might be the best part of this. Take a look below.

Here's the first official trailer (+ poster) for Rachel Winter's The Space Between, direct from YouTube: 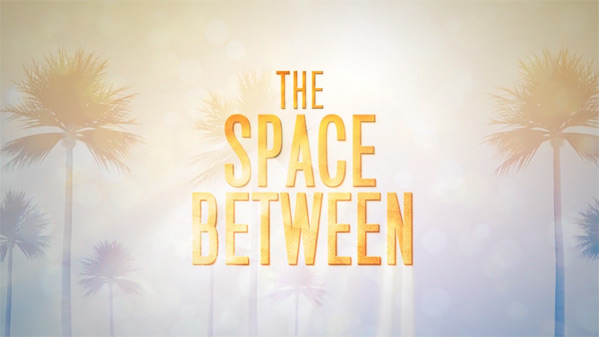 Micky Adams (Kelsey Grammer), an eccentric has-been rock musician, loses his grip on reality all while his record label is looking to drop him and his newly created “unique” albums. In hopes of breaking out of the record-label mailroom, a young Charlie Porter is tasked with traveling to the musician’s bizarre home and forcing Micky Adams out of his contract. Micky realizes Charlie could be the key to an artistic break through, and the pair’s unlikely friendship grows. The odd but powerful bond helps both gain perspective from each other on the music industry, life, love…and the space between. The Space Between is directed by producer Rachel Winter (fka Rachel Rothman), making her feature directorial debut after only directing the TV series "Fielders Choice" previously. The screenplay is by William Porter. Paramount opens Winter's The Space Between in US theaters on April 23rd, then on VOD starting June 15th this summer. Anyone?