"That was the dream - hear your song coming out of the radio." Today we're debuting the official trailer for the documentary film titled Worst To First: The True Story of Z100 NYC. From Gunpowder & Sky, this entertaining doc film portrays the against-all-odds story of the launch of the iconic and most successful radio station in history, New York City's Z100. Elvis Duran, the top rated morning radio personality in America, has produced a film about the birth of one of America's most iconic radio station, Z100, and how the legendary Scott Shannon took it from "Worst to First". With an all star cast of musical legends including Clive Davis, Nile Rodgers, Joan Jett, Jon Bon Jovi and many more. "Capturing the times, personalities and music of the era," Worst To First is the story of the Z100 station and "the people behind the legacy that endures and continues to grow, reaching eight-digit audiences daily." Take a journey back to music history. 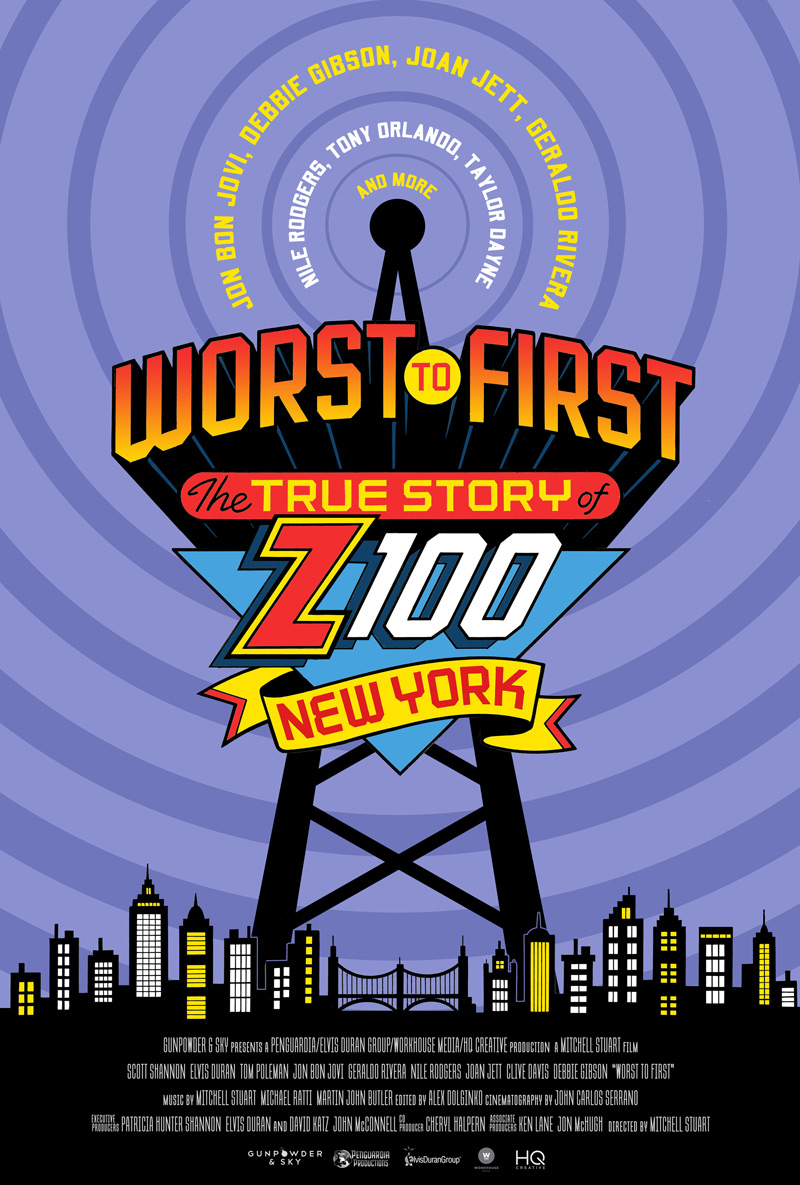 Worst To First is a feature-length documentary that portrays the against-all-odds inspirational story of the launch of the iconic and most successful radio station in history, New York City's Z100. In 1983, Z100 launched from the swamps of New Jersey, where no artist would venture, and the DJs had to buy their own records just to have music to play on air. Fun, poignant and aspirational, the doc film features Scott Shannon and several other Hall of Fame radio personalities as well as industry legends like Clive Davis and Elvis Duran. Iconic artists who got their start on Z100 such as Jon Bon Jovi, Joan Jett, Nile Rodgers, and era superstars, Debbie Gibson and Taylor Dayne all share their personal stories of the importance of the station, their love of radio and passion for music. Worst To First is directed by award-winning producer / filmmaker Mitchell Stuart, making his first feature documentary after lots of TV work and other projects previously. Gunpowder & Sky will release Worst To First direct-to-VOD starting on February 11th, 2022.